I’m not here to recap. If you watched the original, you’ll likely give this one a try. You can draw your own conclusions, just like I did. According to differing opinions I’ve read, people either love it or they don’t. Like at all.

I, am one of those who absolutely loved it. I hear so many people, including the New York Times panning it. Top complaints include, “it was too heavy” “we need to laugh, after the pandemic” “it’s awkward” etc.

Okay, fair enough I guess. Everyone is free to have their point of view. So here my friends, is mine.

So here’s where the complaints baffle me. I read that people think Miranda is too awkward. Umm hellooooo, Miranda was always awkward kids. That’s who she is. I mean this is the woman whose speech caught on fire at Charlotte and Harry’s wedding. The chick who got braces at thirty something and then ran around with food stuck in her teeth.

For those of you that miss Samantha, me included, they explain her absence pretty realistically. And although yes she should’ve been in episode two, because Samantha never would’ve missed that life event, it’s not real life. It’s TV and actors won’t always return for the sake of a storyline. Blame Kim Cattrall for god sake.

And yes, so sadly, they killed off Big. As much as this is horrible and I cried my baby eyes out, guess what? People die. In real life and on TV. And especially when you reach your fifties. Characters evolve. Things change. They’re OLDER now. They’re dealing with all sorts of different issues. Just like we are. People were pissed that it wasn’t a laugh a minute. I’m quite sure though we’ll see the funny side of fifty plus in upcoming episodes. Incidentally, I laughed out loud quite a few times.

By the way, the show was never only a funny show. It always had many poignant moments. In fact my favorite one, season 4 episode 18, “I Heart NY” is one of those. I’ve seen it no less than 50 times.

So why am I writing this and why do I care? Well like I said, for me, this show is like a old friend, one that I’m fiercely protective of. For people worried about it being too serious, I think you’re taking it all too seriously. Let it grow. It will most definitely be green lit for a second season, and you know you’re going to watch. Sometimes when you haven’t seen someone for many years, things change. I kind of get the feeling you’re the same people who panned the first archaic episodes of Sex and the City, but then grew to love it.

If you really can’t love it just to love it, then give it a hot minute okay? 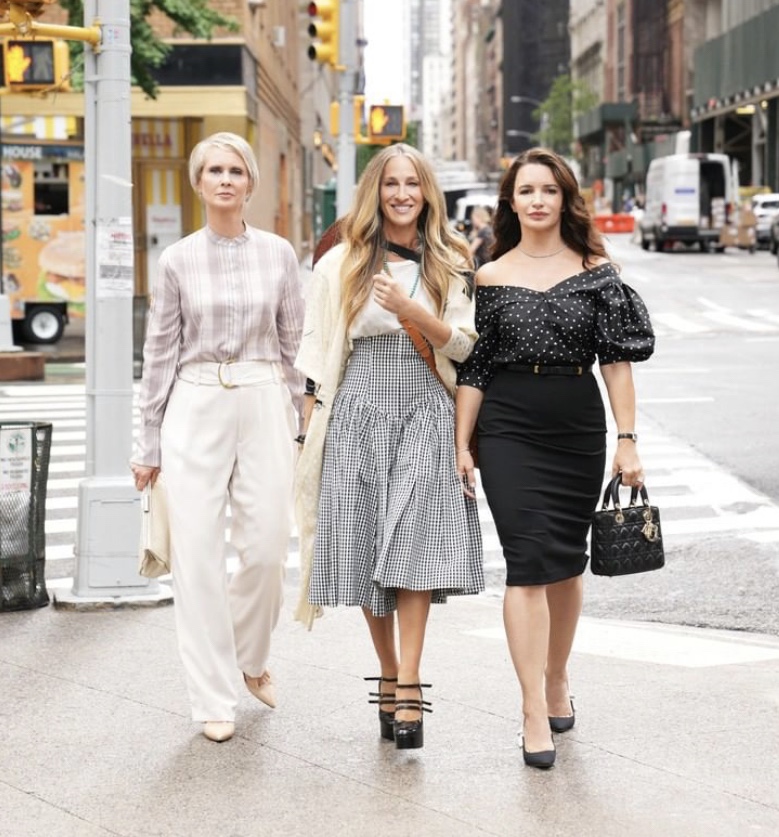 Category: Uncategorized     Tags: And Just Like That, HBOMax, Sarah Jessica Parker, Sex And The City

← Mom of Three but especially the middle child…